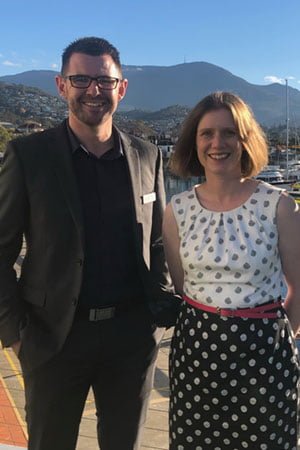 Award winning entrepreneur, Carol Bracken, will join the Cradle Coast Authority in a role funded by the Tasmanian Government to assist with implementation of the Regional Futures Plan. Completed by the Cradle Coast Authority in December, the Futures Plan provides the blueprint for an ambitious new approach to economic development and has received significant backing from all levels of government, industry and the university sector.

Born in Burnie, Ms Bracken held senior project management roles in the Department of Defence in Canberra, prior to founding Tamar Valley Hazelnuts in 2010. Between now and then, she played a key role in establishing the Tamar Valley Farmgate Festival and won the prestigious RIRDC Rural Women’s Award for Tasmania in 2015. Ms Bracken has been a West Tamar Councillor for seven years and holds a Master of Science as well as qualifications in project management, leadership and governance.

“Carol was a standout candidate, even in a very strong field” said Cradle Coast Authority CEO Daryl Connelly.  “Her skills and experience in entrepreneurship and project management are exactly what the Futures Plan needs as we shift from ‘planning’ to ‘doing’. CCA is all about stronger councils for a stronger region, and Carol’s work as a West Tamar councillor and as Chair of the Farmgate Association are perfectly aligned with that. I am thrilled that we have lured her back to this corner of the Island” he said.

Details of another key role – Regional Economic Development Steering Group Chair – will be announced in the near future.