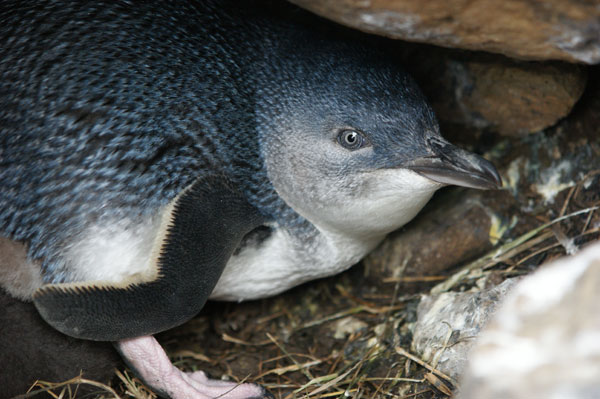 Minister for Primary Industries and Water Guy Barnett has declared Little Penguins to be ‘sensitive wildlife’ and declared several areas in the state to be ‘sensitive areas’. In the north-west, the whole coastal strip from Don Heads to Burntwood Point at Wynyard, and the Stanley peninsula have been declared ‘sensitive’. In other parts of the state, Low Head and Bicheno have also been declared.

This means that penalties for dog owners with dogs who attack Little Penguins in these locations have been increased. If your dog attacks a Little Penguin in a sensitive area you can be fined up to $5,040. Additional penalties may apply for dogs found in or taken into a Council declared Prohibited Area, dogs at large and for dogs attacking people or other animals.

The increase has been made through amendments passed in Parliament to the Dog Control Act 2000, in response to a recent spate of dog attacks on Little Penguins. This is a positive step towards protecting Little Penguin colonies and will hopefully reduce the number of Little Penguin deaths in the State and penguin chicks needing rehabilitation.

For more information and to view the maps go to: https://dpipwe.tas.gov.au/wildlife-management/marine-conservation-program/little-penguins-in-tasmania/monitoring-and-protection/dog-control-act