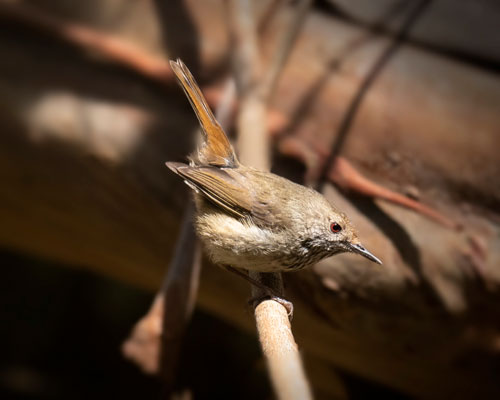 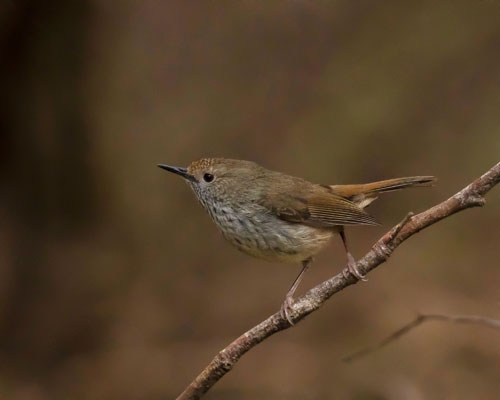 BirdLife Australia and Cradle Coast NRM (a part of the Cradle Coast Authority) are pleased to announce the release of the report on surveys for the critically endangered King Island Scrubtit and King Island Brown Thornbill.

“This project has given us a greater understanding of the status of two critically endangered birds on King Island. The project could not have been achieved without the dedicated commitment and contributions from our partner organisations, ANU, BirdLife Australia and DPIPWE,” said Anna Wind, Coastal Coordinator, Cradle Coast NRM.

Although additional surveys are required, we welcome the news that there are more King Island Brown Thornbills than previously estimated, and that the King Island Scrubtit still survives in remnant patches of vegetation,” said Anna.

“Results from these surveys have provided vital information that will help us manage these birds and prevent their extinction,” said Dr Jenny Lau, BirdLife Australia’s Preventing Extinctions Program Manager.

“Understanding more about where these birds are and what habitat they prefer will allow community and organisations to work together to deliver more effective conservation management” continued Dr Lau.

A 2018 study found that the King Island Brown Thornbill is the Australian bird most likely to become extinct in the next 20 years. The King Island Scrubtit ranked third on the list.

Despite the perilous status of the King Island Scrubtit and King Island Brown Thornbill, the results of this survey provide new hope that their extinction can be averted by developing and implementing effective conservation action. The report can be downloaded here.