Australia’s energy market is rapidly changing. Coal generation is retiring, and new sources of renewable energy like wind and solar are becoming more plentiful. But these new sources are variable, which simply means the wind doesn’t always blow and the sun doesn’t always shine.

Tasmania is a pioneer in renewable energy… our hydropower system has been powering the state for over a century. Tasmania is now poised to play a much greater role in Australia’s energy supply.

We can harness the state’s vast renewable energy potential, which includes existing hydropower, new pumped hydro and our unmatched wind resources. Together, these resources would generate more than enough energy for our state. This means that we can export our surplus clean, reliable and affordable energy to support mainland Australia’s transition to renewables and help power the energy system of the future.

Further interconnection between Tasmania and Victoria is critical to unlocking these renewable energy investment opportunities.

TasNetworks completed a positive feasibility and business case assessment for Marinus Link and the supporting North West Tasmania transmission developments in December 2019. This work was supported by the Australian Renewable Energy Agency (ARENA) and the Tasmanian Government.

Marinus Link will operate in addition to the existing privately-owned Basslink undersea interconnector across Bass Strait.

TasNetworks is the Tasmanian jurisdictional planner in the NEM. It owns, operates and maintains the electricity transmission and distribution network in Tasmania to deliver a safe, cost-effective and reliable electricity supply to more than 285,000 residential, commercial and industrial customers.

Battery of the Nation

Hydro Tasmania is progressing work on a full feasibility assessment of the three top priority pumped hydro opportunities at Lake Cethana and Lake Rowallan in the North West and near Tribute Power Station on the West Coast.

A feasibility study has been completed into reimagining the Tarraleah hydropower scheme for a future energy market. Hydro Tasmania is now finalising its preferred asset management strategy for the scheme’s future.

Hydro Tasmania has also completed extensive analysis of the future energy market and Tasmania’s role, and produced a range of discussion papers.

As with other REZs around Australia, unlocking this energy resource will require increasing the network’s transmission capacity. 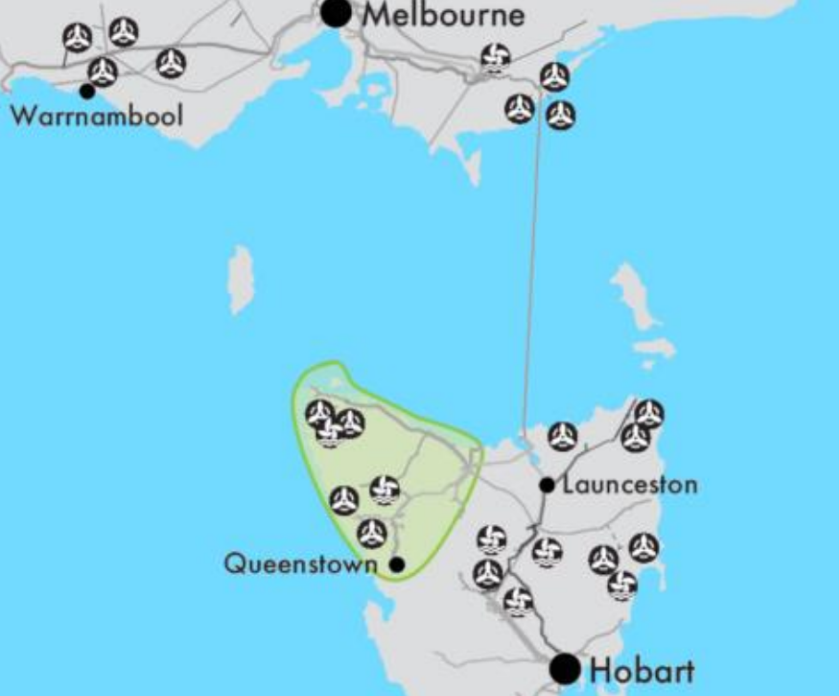 Would you like to know more about the work at AEMO is doing on future market planning? You can find the AEMO 2020 Integrated System Plan here.