This week, the Tasmanian Government announced the applications for three feasibility studies investigating large-scale renewable hydrogen projects have been successful in obtaining funding under the first round of the Tasmanian Renewable Hydrogen Development Funding Program.
These are:
(1) Grange Resources – to explore the potential to use hydrogen to replace natural gas for industrial heating within their pelletising facility located at Port Latta. Grange Resources estimates that it will require a 90-100 MW renewable hydrogen production facility.
(2) Origin Energy – developing a 500 MW green hydrogen and ammonia plant at Bell Bay with producing 420,000 tonnes of green ammonia per annum, targeting delivery of its first green ammonia shipment in the mid-2020s.
(3) ABEL Energy – examine the feasibility of a 100 MW electrolyser plant to produce 44 tonnes of green hydrogen per day at Bell Bay, 38 tonnes of which will be consumed by green methanol production, with 6 tonnes per day available to local consumers.
The Tasmanian Government also announced Fortescue Metals Group’s potential development of a 250 MW hydrogen and green ammonia production facility at Bell Bay, which is targeted for an investment decision in 2021.
The Assessment Panel recommended that more work be done to clarify market opportunities and government support for hydrogen offtake in Tasmania. The Government remains open to engagement with proponents to fund viable hydrogen projects.
You can find out more from the State Growth website 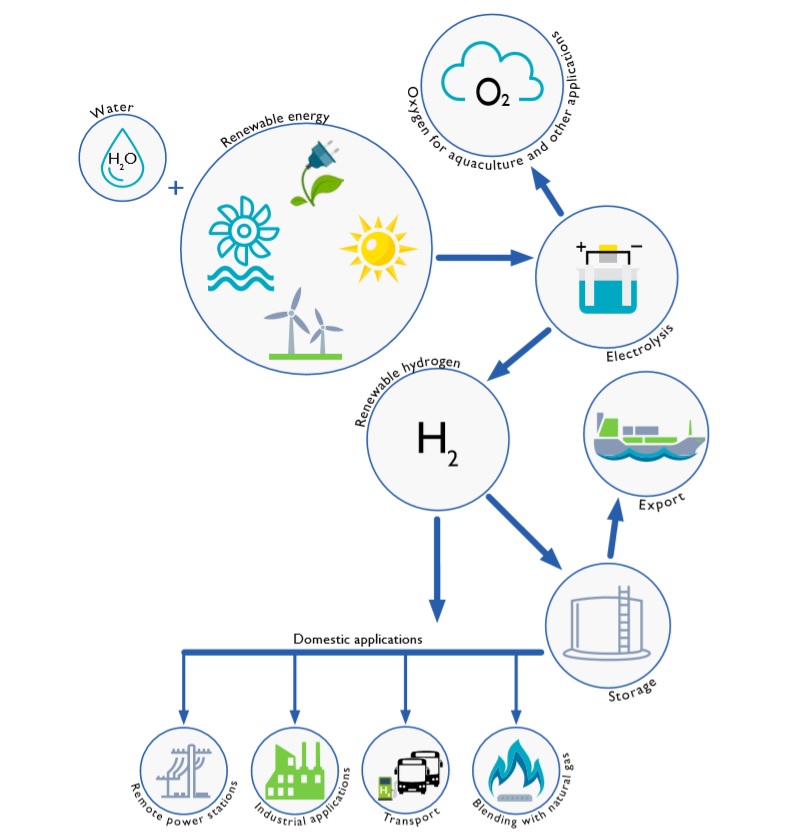